Beamish International is a global whisky private office, providing direct-to-distillery advice, assurance and access to the world’s most coveted Scotch Whisky stocks for collecting, drinking, gifting and investment. In the four years since its foundation, it has built a global reputation for its knowledge, expertise and advisory service at the highest end of the rare whisky market.

The company, founded by Charles Beamish in 2018, provides whisky collectors with unique access to the highly coveted stocks of nine of the leading single malt distilleries in Scotland such as Glenfiddich, Glenlivet, The Macallan and The Balvenie. Beamish and his team hold close relationships directly with each distillery and take care to invest in long-term partnerships. It sources exclusive allocations from several of these distilleries to offer to its international network of private collectors and connoisseurs, making Beamish International an exclusive channel for some of the oldest and rarest single malt whiskies in existence.

The acquisition process is managed by Beamish International from ideation through to completion - storage or bottling and delivery. Education is of paramount importance to Beamish International’s offering, and its team of advisers works closely with leading whisky authorities, such as Charles MacLean MBE, to ensure that clients can make the most informed choices. It assists HNW clients at all levels of experience - from the connoisseur to the novice looking to make his or her first move into whisky collecting.

The keystone of the Beamish International’s advisory service is authenticity. Due to its unique, direct relationships with distilleries, Beamish is able to guarantee a cask’s provenance. ‘Independent bottlers’ on the other hand purchase casks from distilleries to trade again or store before bottling themselves, and thus the quality and background of the liquid cannot be guaranteed. Beamish International only works with the most reputable independent bottlers, such as one of the most respected businesses in the industry, Gordon & MacPhail.

Quality is closely guarded by Beamish International to ensure that only the best liquids are offered. To this end, it works with Charles MacLean, Master of the Quaich and regarded as the world’s leading authority on whisky, as its Verification Expert. MacLean works exclusively with Beamish International to provide quality assurance on every single liquid that comes into Beamish International’s hands, using ten metrics to determine its quality. Any whisky that scores less than 8/10 overall is stopped from being offered. MacLean’s work enables the business to provide The Beamish Certificate of Authenticity with every sale as a guarantee that the liquid being sold is legitimate.

The company’s expertise in whisky verification is backed by strong private client management experience. Prior to entering the whisky industry, the founder and CEO, Charles Beamish came from a background in financial services specialising in family offices and private equity. He then joined the renowned whisky house Whyte & Mackay to start its private clients business, before founding Beamish International to service the demand for access to rare whisky stocks across Scotland’s leading distilleries. He leads a global team that holds extensive experience in private sales, luxury travel, client services and market intelligence. This final element sets the business apart, as it operates a data and intelligence platform that identifies missing vintages that the producers do not have left in their inventory, giving confidence to collectors that what they are buying is a truly rare liquid.

Beamish International recognises that clients want to collect rare whisky for varying reasons, from consuming to gifting to investing. The company has a deep knowledge of Asian gifting practices and the rise of whisky as a sought-after gift within these cultures. It also supports buyers who are entering the whisky market solely from an investment perspective, assisting them in navigating distilleries that will embrace this element of whisky collecting. Beamish International can offer asset management services once the client has started their portfolio.

Beamish International has made it possible for direct-to-source access to the world’s most revered single malt whisky houses and their coveted stocks from Scotland’s leading distilleries via a single channel. Through impeccable relationships created over decades by Charles Beamish with the addition of effective, end-to-end project management, the company offers a service that enables clients to grow a whisky collection of some of the most highly prized liquids ever distilled. 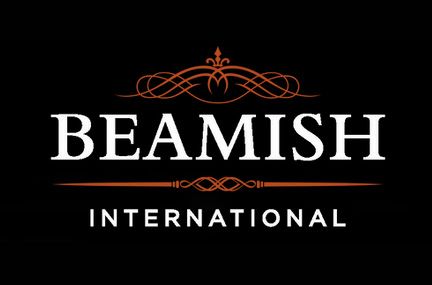 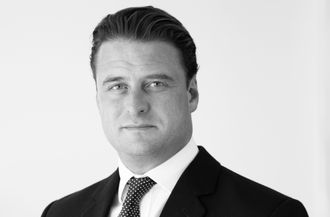