The 2022 Spear's Collectibles Index is out now

When Philip Grindell retired from the police in 2019, he decided to set up Defuse to protect family offices, executive offices and high-profile individuals from physical, reputational and psychological harm. Grindell says he combines protective intelligence with behavioural science in order to not only keep his clients safe but also to eliminate the anxiety caused by intimidation and threats.

The innovative approach combined with a team of internationally acclaimed experts has been successful and Grindell has been described by Baroness Shami Chakrabarti as an ‘expert in respect of threats to public & high-profile figures & managing risk through practical solutions’ and as a professional who ‘understands the need to be compassionate, calm and respect privacy and confidentiality’.

Philip was introduced to Parliament following the death of Jo Cox MP during the extreme toxicity of the Brexit period. Tasked with protecting British MPs from threats, abuse and reputational harm he was responsible for identifying the indicators that prevented an attack on a serving MP. Philip remains the pro-bono security consultant to the Jo Cox Foundation and her family.

Philip has been described as honest, straight-talking and does what he says he will do, there is no fuss, no drama, and no false expectations. He is an expert in problem solving threats emanating from the online environment, be they threats, disputes or the attention of fixated individuals. Following years of work with Members of Parliament and other high-profile individuals, there are few, if any, individuals in the country with the experience of Philip in this field of work.

Philip utilises former researchers and analysts from counter-terrorism and British Intelligence together with globally recognised forensic psychologists to deliver the very best in Intelligence Analysis and Behavioural Science to solve problems and give clients the much sought after peace of mind.

Whether unwanted communications, a person of concern, a new relationship or business partnership, Philip's team will get behind the profile , tell you what you don't know and identify any potential risks. Philip isn't just a highly sought-after subject matter expert in his field — he fully understands the challenges of those who live in the public spotlight and can handle the situations they face quickly, discreetly, and professionally.

His ability to quickly spot patterns and trends and identify potential vulnerabilities gives Defuse's clients the peace of mind and reassurance they're looking for, not just while a threat is being investigated, but after the problem has been solved — specifically at home, online, and out in public life. 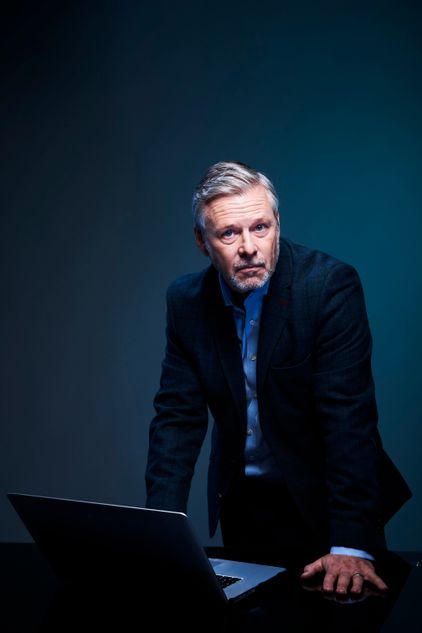