Peter Wetherell, known to some as ‘The Mayfair Guru’, has specialised in this super-prime corner of the capital since starting his business 40 years ago.

Evidence of his continued pre-eminence is demonstrated by his appointment as valuer for freehold and lease extension claims to the Duke of Westminster’s Grosvenor Mayfair estate.

In 2019, Wetherell joined forces with Dexters after the estate agent bought out his own business, which saw him become chairman of the firm’s prime central London offering. ‘Mayfair is an oasis,’ he says. ‘I’m an ambassador, an advocate, an aficionado.’

Wetherell says he almost single-handedly reintroduced residential life to Mayfair. ‘It was very commercial. From 1990 onward, we sold over 100 office buildings back to residential.’

He has been responsible for over 85 office buildings being reverted back to residential use and creating 250 new homes, and is currently advising on a number of residential schemes to bring a further 75-100 new homes to Mayfair.

Bringing residential life back to Mayfair has been my mantra now for over 40 years, and now everyone is talking about MAYFAIR as the golden postcode.

Our other strap is 'No one knows Mayfair better than Wetherell' - we eat data on sales and lettings for breakfast, lunch and dinner.

MAYFAIR is currently in a decade of growth - the new Roaring Twenties - with 7-star developments increasing the number of residential addresses by 10% which might explain the explosion of new trendy restaurants and private members clubs.

Eagerly awaited is the new Chancery by Rosewood hotel in the old American Embassy which will look over a newly improved public realm transformation of Grosvenor Square.

The Mayfair hotel offering has also been enhanced by the recently refurbished Claridge's which not only put three floors on top but five floors below to offer swimming pools and spas.

The long-awaited Bond Street tube station on the Elizabeth Line will be a game changer with Grosvenor recently obtaining planning to commence 'The South Milton Triangle' which will improve immensely the northern part of their Estate off Oxford Street.

Oxford Street will also be transformed to be once again the nation's High Street with exciting visions for both Marble Arch and Park Lane.

The southern quarter around Shepherd Market and Piccadilly is seeing its biggest transformation ever with developments creating a new hotel overlooking Green Park in the old "In & Out" club and news offices and residential close to 5 Hertford Street now an international institution under Robin Birley's stewardship. There will even be a new pedestrian route from the market to the park.

All in all - A Golden Decade 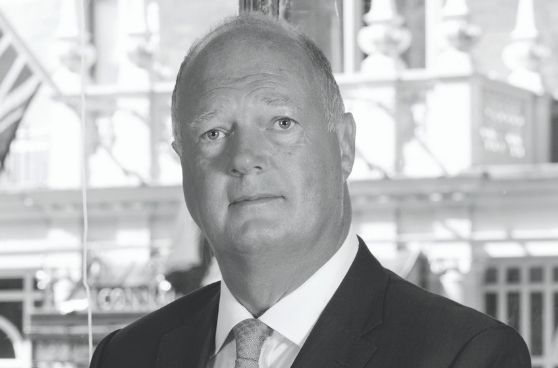