BOSS & CO  is London’s most significant and finest gunmaker. Known as the ‘gunmaker’s gunmaker’, with guns and rifles of numerous bores and calibres, Boss & Co offers more shapes and styles than any other gunmaker in the world. But it still builds only one single grade. It is the same grade the company has offered for more than two centuries. And that grade is ‘Best Guns Only’.

For over 200 years, our craftsmen have continued to create only the very best guns and rifles, as Boss & Co became renowned for leading-edge innovation, exceptional quality and excellent design in the gun world. Remarkably, since its founding by Thomas Boss, the London gunmaker has stayed in private ownership – which enables Boss & Co to remain true to its core values and unwavering in its focus to make ‘Best Guns Only’.

Around 1920, Boss & Co produced a booklet describing its guns to interested buyers. That booklet opened with two paragraphs, words perfectly encapsulating the ethos to which the company has remained steadfast throughout its lifetime. Boss & Co is incredibly proud that there statements remain as true today as they did in the 1920s.

‘We would say from the outset that we make only one grade of gun and have never placed a second quality make upon the market,’ they wrote. ‘This policy has enabled us to retain the services of the finest workmen in London, and to give them continuous employment. The advantages attending the production of best work only are manifold. There is no opportunity for the work of inferior men to be utilised in the economy of the workshop, which is frequently the case when more than one class of weapon is produced.

‘The owner of a Boss & Co gun has the satisfaction of knowing that he has the best gun that money can buy, and that no one has a better gun. The Boss & Co gun has, therefore, always a standard value whether new or second hand. Our output is strictly limited according to the amount of first class labour available.’

The Boss family originated from Leicestershire and had no history of gunmaking before William Boss began an apprenticeship with Joseph Manton in 1773. William’s commitment was clear and was the start of a story that would eventually place the Boss name right at the very pinnacle of gunmaking. William’s three sons, including Thomas Boss, became his apprentices, before his death. Their father’s passing should have signalled the end of any apprenticeships for his sons. However, such was the talent of Thomas Boss, that Joseph Manton fortuitously allowed him to continue to learn his craft. Thomas went on to found Boss & Co in 1812, and soon established a name as one of London’s leading gunmakers.

1891 marked a pivotal point in the company’s history, when a man by the name of John Robertson took ownership of the firm. Robertson was already an established, first-class gunmaker, an acknowledged master of his trade with a passion for innovation who had worked for several gunmakers. Ownership of Boss gave Robertson the platform he needed to create the type of guns he had always dreamed of – beautifully designed, impeccably constructed, peerlessly accurate and utterly reliable.

Robertson was responsible for innovations such as the Boss singletrigger, the Boss ejector and the Boss over and under - inventions of such importance to the gun world that they are still celebrated, and replicated by other makers, today. The Robertson era of Boss was a crucial period in the company’s history, and it shaped the way sporting guns were manufactured around the world.

Today, Boss & Co is owned by Arthur DeMoulas, a man with a long-standing appreciation for the company, its heritage and, of course, guns. Driven by a passion and a zeal that Thomas Boss and John Robertson would surely have recognised, Arthur acquired the company after many years of negotiating, determined to see Boss & Co be run in a manner it deserved to be.

Arthur understands the importance of private ownership to the company, a factor that has enabled Boss & Co to focus on building ‘Best Guns Only’ and lead the revered ‘holy-trinity’ of London gunmakers, unencumbered by the distractions that can arise from being part of a large luxury lifestyle brand.

After buying the company, Arthur’s first message to the workforce made it crystal clear that Boss & Co would only make ‘Best Guns Only’ by hand, using traditional methods. Second grade and machine-made guns would never be given workshop space.

Since then, under Arthur’s leadership, the company has invested in its London workshop, helped to secure key suppliers and set-up an apprenticeship scheme to train and pass on the century’s old skills to a new generation of Boss & Co, London gunmakers. The second phase of Arthur’s vision was to reignite the passion for innovation first seen at Boss during the late 1800s and early 1900s, when the company led the gunmaking world with groundbreaking new inventions, consummate design and peerless style.

Work is now underway to re-introduce unique products not seen for over 100 years, which will provide continuity with the most celebrated periods in the company’s history, under the stewardship of Boss forefathers John Robertson and Thomas Boss.

Arthur takes his role as the custodian and trustee of Boss & Co exceptionally seriously. He is determined to continue the successful story of one of the most famous gun companies in the world. His vision, investment, drive and respect for the company continue to set Boss & Co apart, and protect its hard-earned reputation as the gunmaker’s gunmaker. 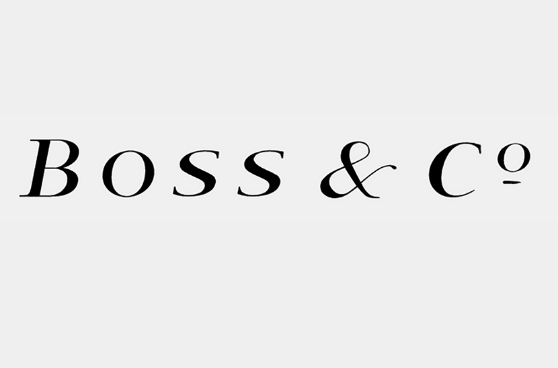